There have been many debates amongst Beijing’s twitterati earlier this year as to who has the best La Zi Ji 辣子鸡 with many names pushed forward including the ever reliable Chuan Ban but I think I’ve gotten acquainted with the crown jewel of la zi ji over two trips within a few weeks to Gui Jie’s Xiao Yu Shan 小渔山.

I’m pretty much like most people i know where i just look at gui jie as a late meal option where all restaurants are pretty much the same and mostly serve peppers garnished with sides of meats and other veggies with the exception of Sultan, which has 2 branches on the street. Now, I can add Xiao Yu Shan to the list of exceptional Gui Jie spots.

The place is smack down the middle of the street, adorned with red lanterns and a few guys standing outside trying to drum up the business.. yeah, that could describe any place in the area.. this one however stands out because it’s always full.. for a restaurant that can seat about 400 people, that’s pretty darn impressive in my book. 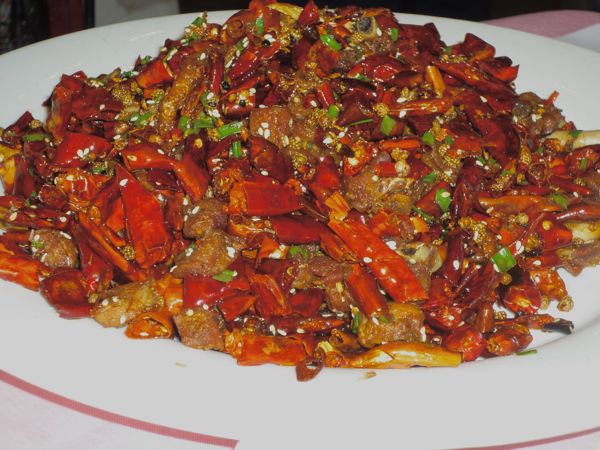 I fell into a burning ring of fire

Over two trips, the la zi ji was outstanding: nicely crispy on the outside and almost juicy on the inside, swimming in a sea of red dried capsicums. Honest to goodness spicy heaven worth the trek to the dongzhimen nei area of Beijing. There were also ample amounts of chicken unlike the chuanban version that seemed to call for a diving expedition before finding a piece of two. Other stand out dishes were the dried beef with mint leaves, the duck and mushroom stew that rocks and the non-sweet version of ganbian tudousi (dried potato shreds). The restaurant prides themselves on their fish ability, Kao Yu to the initiated, and that particular dish doesn’t disappoint in terms of flavor and quality.

My biggest beef is the use of extremely bony freshwater fish. The catfish was pretty much a waste of time with very little meaty return for the time invested picking in between bones. The Snakehead on the other hand was almost edible without running the risk of consistently poking one’s inner mouth.
The lamb kebabs, yangrou chuanr were freaking good… considering this place doesn’t specialize in them, they did an awesome job kao-ing those babies!!! Ace, Ace… 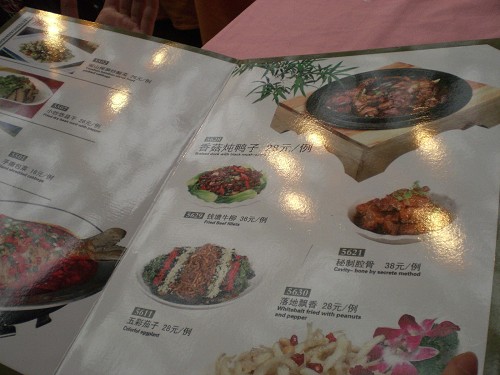 The place has a decent selection on the menu, complete with color pictures and English descriptions/names which makes ordering a breeze. The staff on the other hand is the low point, much like with most Chinese restaurants in the area but they were still friendlier than others.
Their variety is outstanding with anything from crayfish to chicken wings going through roast duck and what not! the Dark draft beer ain’t bad either, and that’s coming from a non-beer drinker.

Twice in a span of 3 weeks and already looking forward to going back!!! I’ll bring along my ipod with Johnny Cash singing “the ring of fire, the ring of fire” .. For now, I’m giving them the crown and if y’all think someone does it better, please suggest the name in the comments.. I’ll be more than happy to go investigate.