Remember a few years back when Rustic won the Global Battle of the Bands in London? A lot of us were wondering whether we were getting to the point where local bands would slowly have what it takes to make a mark overseas and hold their own when standing toe to toe, axe to axe with their western counterparts… well, it didn’t quite pan out that way but there has been undeniable progress with more Chinese bands travelling overseas and doing their thing. 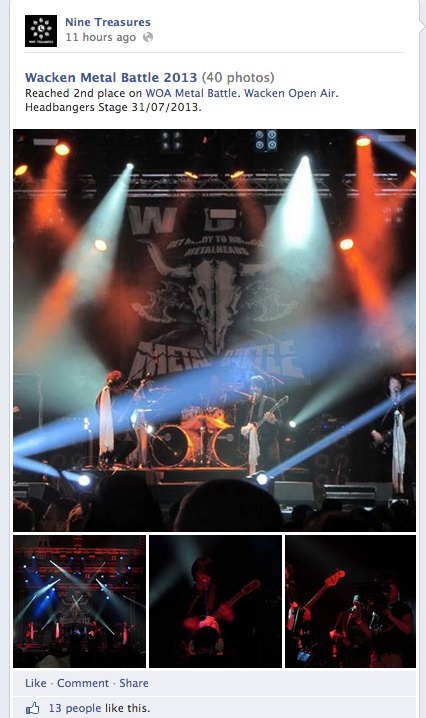 World music sells, but apparently, so does Metal! Nine Treasures 九宝, the Mongolian folk-metal band who were picked to represent China at the 2013 Metal Battle flew over to Germany and almost pulled it off at the the biggest Metal gathering worldwide: They placed second in the 2013 Metal Battle competition with Canada’s Crimson Shadow taking the top spot.

IMHO, this is as legit as things get and the Wacken folks are not known for being kind.. it’s a remarkable results for a young band that we should expect a lot from in the coming years. They join Tenger Cavalry as one of the new Metal outfits making overseas noise.
gongxi gongxi to A-shan and company… see you back in Beijing for some drinks get a little taste of Nine Treasures on their douban:
http://site.douban.com/ashan/