More and more bottoms began to shake: Narcissus on The Redbucks at 2 Kolegas 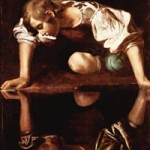 I’m always rambling on about The Redbucks amongst others as being some of the better acts in the city… Yes, I’m a fanboy and proud of it. That said, it’s always good to get a different perspective on things and that is where Narcissus, a Chinese friend with an addiction to all things Rachmaninoff, comes in!

How is she gonna deal with bluegrass? the results are surprising and poetic.

Much annoyed with Beijing’s traffic, I’m one of those who would rather
stay in his/her 3 square kilos comfort zone. Not so many things can
drag me out, even less make me move willingly. However, The Redbucks’
show made it to my “must do” list without much trying. I went to their
first show in 2010 at Kolegas last Friday, despite the bad cold I was
having, which had put me under house arrest for a whole week.

Before this, I had only attended one show performed by The Redbucks.
It was last year, and it was at Jiangjinjiu. In that cold night of
this winter, I heard some liquid voice that could easily be qualified
as “angelic”, as my friend described. Those old (they sound old) and
exotic (to me) songs they sang, were like free breezes coming all the
way from some highland, where people only sing and dance and laugh
under great trees.

Arriving at Kolegas a little later than 21:30, I was afraid that I had
missed the beginning. But the show did not start until 22:30. I hid
myself in a corner drinking hot water, while The Redbucks was saying
hi and chatting with almost everyone coming in. It felt like a party
to begin with, and it became a real one when people started to dance
to the very first song. The music rhythm was fast, and the guy in the
middle of the pool was good. Walking like a chimp, he made everybody
laugh. A tall and slim girl joined in, jumping like a nymph. The songs
went on and on, and more and more bottoms began to shake. Where am I?
At some point, I could not help but ask myself, feeling like having
traveled for a while with some gypsies. There must have been a caravan
somewhere.

Even most part of the lyrics I did not get, partly because I was not
paying attention, I figured a lot of words are about the nature. When
they sing, the sky is blue, in which a hawk soars. At some moment, I
felt I was an outsider, as in the nature where I grew up, spring
flowers wither melancholy and Autumn leaves fall. But I also managed
to catch a whiff of sadness of lost love. But in the voice, the
universal story becomes a wonderful episode of life, to which now
he/she is able to say goodbye.

At midnight, I left to meet with a friend. On the way, the voice was
swirling in my ears. I realized that I’m attached.

Thanks to Narcissus for a great review!!! Hope she has the time to write a few more for us here! In the meantime, You can catch The Redbucks on Friday January 22 at Jianjinjiu:
Who : The Redbucks at JiangjinJiu
When : Friday, January 22, 2010