There was a whole bunch of shows happening over the weekend with a Metal Festival at Club 13, Shanghai’s own Mushrooms playing at Mao and Bad Mamasan tearing things up at 2 Kolegas. Each of the shows would have been a fine one but I had seen Jaime Welton perform before and knew he would put up one hell of a show…. I was right!

I got there about 10:30 to meet Miss Ruby , one of my favorite partners in crime. Beijing’s Nucleus ( not to be confused with the British band of the same name) started out the festivities at 2 Kolegas as i entered the pit: 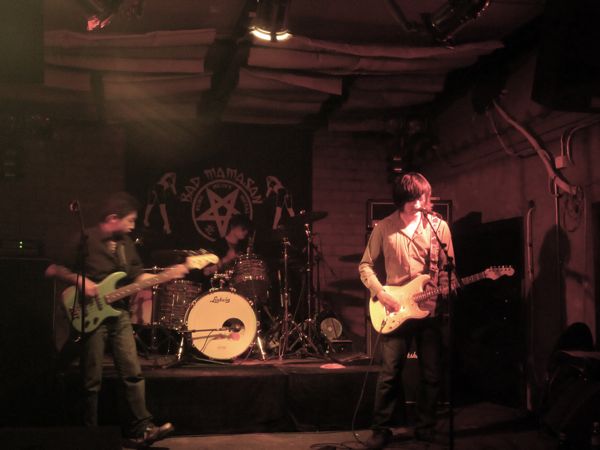 they played a couple of decent songs, none of which stood out, but nevertheless a solid performance. The lead singer looked noticeably refreshed but still pulled off guitar/vox double duty! I won’t go out of my way to catch them but I won’t mind seeing them on a bill.

Next up was the Bad Mamasan crew! 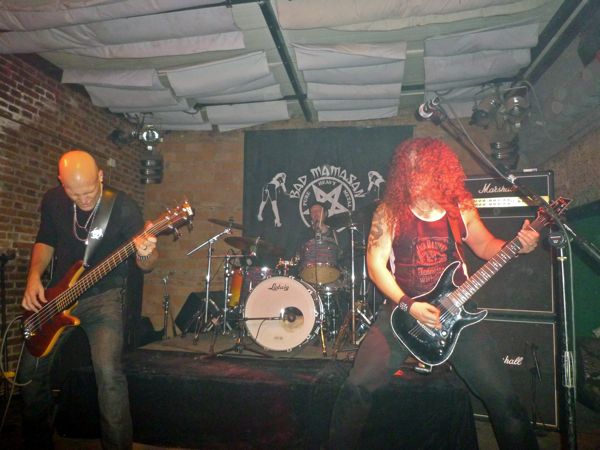 Jaime and both Toby’s wasted no time and started right away delivering some punishing riffs to the delight of the crowd. They started off with one of their originals before going through a set of covers randing from classic Iron Maiden to Motohead by way of The Beatles and Ozzy Osbourne. Their covers of Helter Skelter and The Ace of Spade had the crowd going wild with a small but active mosh pit up front. I’ve never seen the old incarnation of Bad Mamasan but I’m sure liking this one! Jaime is undoubtedly one of the finest guitar players in the city and Toby D. rocks the bass. The new drummer, Toby L., seemed a little out of place attitude wise but played great as well. It takes time to convert a Jazz drummer to a proper horn swinging metalhead but it shall happen. 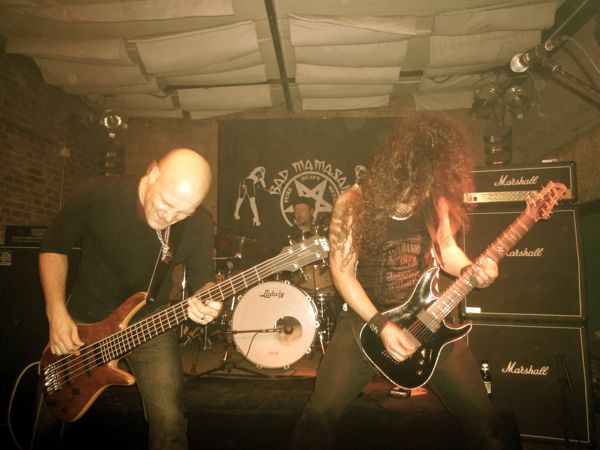 I loved the covers as I mentioned before and I’m looking forward to hearing the originals again after they’ve been polished and the band gains some confidence in them. We could notice the difference in vocals when Jaime was singing them as opposed to let’s say “Suicide Solution”. Overall, I have no qualms about missing Metal Fest or The Mushrooms that Friday. Bad Mamasan delivered a huge dose of fun music that might not have saved my life or brought enlightenment but sure as hell was enjoyable. The new sound system at 2 Kolegas is also out of this world and much much better than before…. my ears were ringing for a full 24 hours after the gig! I also really appreciate the camaraderie at 2Kolegas whereby bands usually hang out after their gig and just shoot the shit with the rest of the crowd around a few drinks ( or a triple Jack on the rocks). not to be worried: it doesn't bite, unless you ask it to 🙂

Thank you guys for the fun, get your collective asses more often and keep playing some metal!!!