The Sparrow shines under rainy skies: Abigail Washburn & Friends amaze at the One!

Someone forgot to close the tap up there last friday night because it rained and rained and rained… then it rained some more! In Beijing, that is basically recipe for the city slowing down to a crawl with crappy traffic and no one going anywhere… and that’s what happened last week when Abigail Washburn came back to Beijing for a jolly good time at The One Club with Hanggai and other friends.

This was my first time ever going to The One despite it being closer to my house than any of the other live venues but somehow, it just never worked out. Still, this was as good of a reason to go there as any…. and the rain was not about to get in my way! The show started a bit late while Abigail waited for a few more people to arrive.. having lived in Beijing, she’s intimately familiar with the clusterfuck the city becomes when wet! 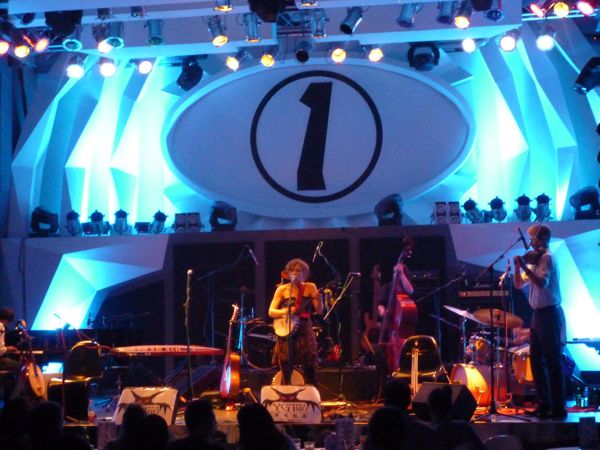 Things got kicked off with Abigail and her quartet consisting of Kai Welch, Jamie Dick, Rob Hecht and Bryn Davies. This was quite a departure from the last time I saw her and Kai play. Having drums, violin, trumpet added lots of depth and dimension to their set.
The song they played were classic Abigail with Kai joining in on vocals and harmonies most of the time. The pair is quite amazing folks! The way their voices combine to make words and melodies dance together in harmony is quite magical. ( and that’s possibly the most beautiful thing i wrote on this blog ever). 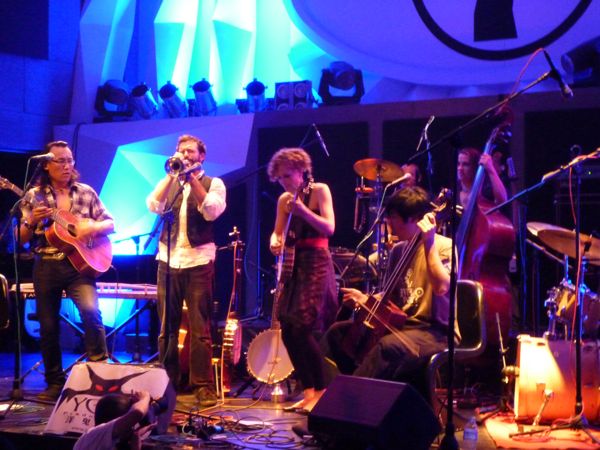 The evening continued with various guests joining them on stage: 3 lovely ladies from the conservatory for songs in both English and Chinese using pipa and guzheng amongst others.
Hanggai, one member shy, was up for a few songs solo before Abigail and Kai joined in for a few collaborations in English and Chinese, sometimes both at the time. 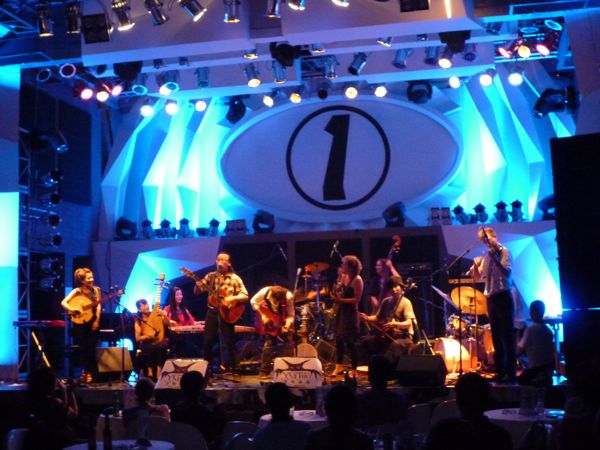 The night progressed more or less the same way with some people off and other on stage for the better part of 90 minutes culminating in a great “drinking song” finale where there was no less than 12 persons on stage singing.

Most of the descriptions i could give this show would not do it justice… It was simply spectacular and those of us that braved the rains and distances to get there were treated to one hell of a performance, the likes of which you don’t get everyday. Big props to The One for being a great venue and having one hell of a sound engineer… Whomever was back there was given a nice round of applause at the end for keeping it all together in the best of ways and that’s not always the easy thing when you’re dealing with 3 guitars, 2 drums, violin, piano amongst others…

I know the turnout was low but i hope the band was not disappointed and that they’ll come back to us soon… thanks also to Jon Campbell of Ygtwo promotions for putting it all together.