Beijing’s music community is closing the year in style and starting things off with a bang. Some great shows are lined up for tonight, saturday and sunday, some of which can be considered must-see music.. let’s get this baby started: 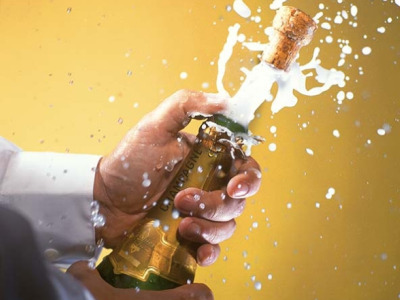 MIDI Awards @ Star Live:
The granddaddy of rocknroll awards in China is holding its second edition at the starlive with some of the better bands playing. Miserable Faith, Hanggai, Nanwu etc… are all on hands to entertain the crowd and hopefully collect a few awards. Audience is limited to 800 so check online if it’s not sold out yet.

NYE @ 2 Kolegas:
The drive in will be home to a gigantic party with Free The Birds, reTROS and one of my favorite newcomers to the scene, The Ghost Spardac. The party is probably gonna drag on til the wee hours of the morning especially with FTB’s Helen Feng hosting the MIDI awards before trekking over. very recommended.

Cui Jian @ Worker’s Stadium:
Steven Schwankert of City weekend called him “The King of F—-ing Everything” and i gotta agree. Whatever you think of him, Lao Cui has cemented his place is the annals of Chinese Rock. You’ll find him tonight joining the orchestra he started with for a greatest hits type of performance. He might be older but he hasn’t lost any of his swagger.

SUBS & 24 Hours @ 2 Kolegas:
There is just no freaking way in hell I am missing this show! These two bands are sure to tear the roof off of 2 Kolegas with high intensity/energy performances that might leave the audience longing for more and more and more. I’ve grown fan of Kang Mao’s singing style and 24 Hours have shot to the top 5 bands to see live in Beijing list. Let’s not forget Beijing’s Kings of Sleaze, Rustic, who will be there too.

Long Shen Dao @ Yugong Yishan:
Beijing’s one and only reggae band is finally ready to put their CD out, Taichi Reggae. These kids have grown up a lot and become proper musicians in their own rights after starting off as a Bob Marley wannabes. They’ve done it their way and they can get a crowd moving better than most acts in China.

Second Hand Rose 10th Year @ Star Live: Yup, one of the earliest most influential bands in China, second Hand Rose, celebrates 10 years. Sure, they’re a few steps slower, a few pounds heavier and a few members shorter but this should be a decent celebration. Locals will be there in force singing along to most songs and i predict an electric atmosphere.

Enjoy yourselves and see you next year!!!