one hell of a hectic week means i almost forgot my quickslants… so this week, it’s shortslants just to keep up.
I can’t recall seeing this much Rock / Metal on offer ever in Beijing. 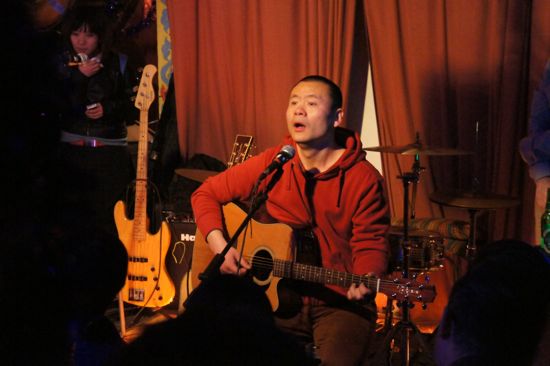 Motley Crue tribute @ 2 Kolegas with Rikki Sixx, Jacky Danny and more. One hell of a reason to come out for them Girls Girls Girls while Shouting at the Devil that you need Dr. Feelgood to Kickstart your Heat. 13 Club and Mao are also featuring full fledged Metal nights… holly cow! Who let the freaks out?

Bad Mamasan unleashes Jeanine the Wolverine, their new CD with help from ChunQiu, Nucleus and more at Yugong Yishan. I saw them in Tianjin last friday for the warmup gig… it was one hella good folks. Come and party!!
Miserable Faith Rocks up Tango for a very low key affair. This one is not getting a lot of attention but it’s one hell of an opportunity to catch them. I know Ruby is trying to figure out how to split herself in 3 to catch every gig on saturday.

Sunday April 3:
Rock for Orphans @ Yugong Yishan: Help save the kids. Music courtesy of the incredible Jess Meider amongst others.
Cobain Tribute @ Mao: some really obsucre bands are featured in this one but every tribute show they’ve had at MAo has been fun so far. could be a diamond in the rough…or maybe just rough!

Monday April 4
Get a break from all the heaviness with Dongzi @ Jianghu. I’ve rambled about him and his unique brand of folk enough time… he’s good.

Tuesday April 5
Heavyhitters @ Mao: Nanwu comes back to MAo for the first time in while with help from a bunch of young freinds