Too many shows, too little time – just another weekend in the ‘Jing!

I was a little surprised when BD described last weekend as “underwhelming” in the Quickslants! From what I could see it was shaping up to be a great weekend with many shows I wanted to get to. Maybe he needed a weekend off, but I was making the most of what was on offer and here’s what I got up to over the long weekend. 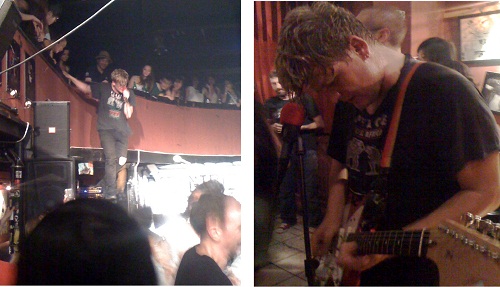 Climbing D22's speaker stacks and playing in the middle of the crowd!

Die! Die! Die! @ D22
My second trip out to the Wu this year was for a punk band from my hometown, Dunedin. I’ve been away from home long enough not to have seen these guys play live before, but had heard the name and a check of their douban & myspace during the week confirmed they were worth the trip out north. A friend had pre-warned me their shows are infamous for using every inch of the venue and they definitely did that. First song started and lead singer Andrew was already climbing the speaker stack to play to the people on the balcony! Check out this video Alex from www.beijinggigguide.com got of the last song from where we were standing, just out of the moshpit. And the music? Loud distorted noise punk, very bass and drum heavy, and a lot rawer and heavier than their current record Form, which I had been listening to during the week.

Randy Abel Stable @ Hot Cat
The Randy Abel Stable is made up of regulars from the bluegrass jam sessions at Great Leap Brewing every second and fourth Tuesday of the month. They’ve been playing as a band a lot lately – although mainly out in Shunyi, a part of the city I go to even less than Wudaokou! So when I heard they had a show in Gulou I jumped at the chance to head along and see the boys in action joined by ex-Redbucks fiddler Amy. I love sitting in on the Tuesday jam sessions and it was great to hear the songs and see the crowd enjoying them as much as I do. If you’re a fan of country and old-time, look out for these guys. 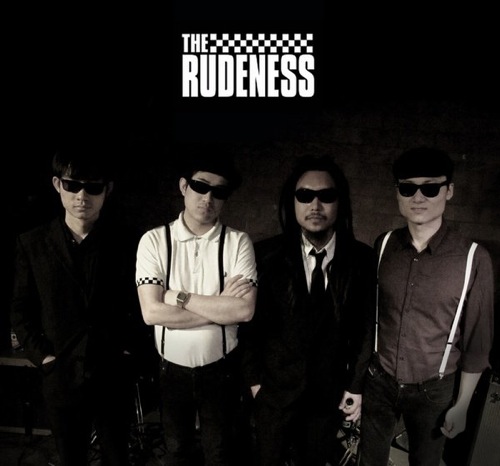 The Rudeness @ 2 Kolegas
After getting my fill of bluegrass I rushed across the city to catch some ska at the drive-in. Made up of members of other bands (Skarving, LiDong …) these guys are a fun dance-along act and I actually enjoy them more than their well-known friends Skarving. They usually play a combination of covers and originals, but unfortunately they recently lost their sax player, so the ratio is slipping more towards covers. For the last song they were joined by their friends from the horn section of The One band, I’m hoping that will be a regular thing! Purple Smog @ VA
How many times before have I said I was going to the last ever Purple Smog show? It seems the venues can’t get enough of them and they keep getting more shows! I’m not complaining, the more shows they play the less my room-mate has to listen to me playing Hendrix at home! These guys play their best in small intimate venues like VA and Hot Cat and this show was a great example of that. They tell me this was their last show – well, until September at least. All three members will be keeping busy with other musical projects in the meantime, Martin producing some of the the city’s best bands, Steno slapping the bass with Wu & the Side Effects, and Xiao Han beating the skins for a local Beatles cover band.

Plus 2 days at Kama Love Festival … and I didn’t even make it to the Mademoiselle/AIS/LiDong or Brain Failure shows! Underwhelming? I think not! I think I need to head out of town this weekend just to recover, and maybe work out how to clone myself so I can be at 3 shows at once ….