Rockaid Day 3: Chunqiu, Long Shen Dao and Ember Swift rocked the house. Where were you?

Seriously, as the title says, where were you? Heck, did you even hear about it?
That’s what I found myself wondering as i was standing in the middle of a pretty darn empty Tango on sunday night watching some pretty darn good musicians play for a good cause. Was it the rain? nope, Sunday night was the better night for attendance as far as I knew. What was it then?
How about god old fashioned lack of promotion??? The event was pretty much not listed anywhere at all and that sucks… How the hell do you go about putting a 3 day charity concert at Tango and not promote it properly? sad sad… 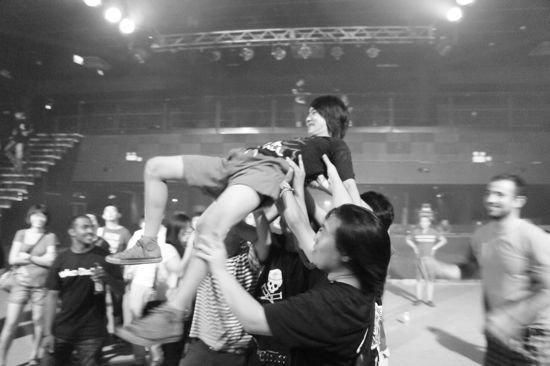 anyways, those of us that came and were there on day 3, we were treated to some pretty special performances… let’s recap the action: Exit A was up next and that was not a good surprise as I expected Residence A to play.. my bad! It gave me an opportunity to check out the band after almost a year and a half of avoiding them. I had some hope for the band while Wang Yuqi 王钰琪 was with them but since his departure, they just started swimming along the shores of predictability and boredom..nothing more that NIN wannabees. They sounded a bit better tonight with Cao Yang 曹阳 doing most of the heavy lifting. 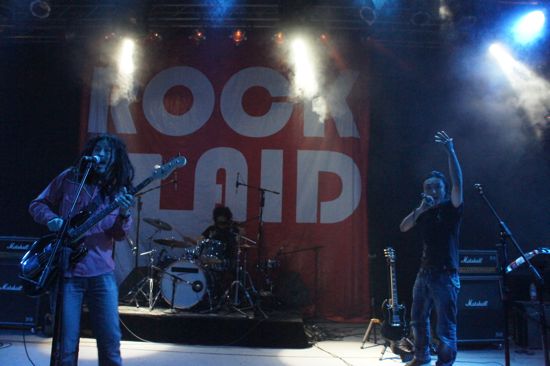 Next up, surprisingly so, was Long Shen Dao. I didn’t expect them so early in the night but was glad to see them! I’m slowly becoming a fan and I’m extremely pleased at their new sounds with Buyi’s Zhang Wei (张巍) playing the zither.. it’s a beautiful mix of sonic flavors that work and quite reminiscent of XTX’s sound on “Chinese Reggae”. The crowd was really into them and it looked like they had fun onstage! They’re slowly becoming one of the better live bands in the Beijing circuit and I expect big things for them next year.

Ember Swift was up next, sporting a very pregnant belly and a huge smile. With Paplus (Bass) absent, Ember’s husband and Longshendao front man Guo Jian took over Bass duties and did a pretty darn good job at it. It was Ember as usual with a mix of pop/folk rock, smiles, a few jokes thrown in in Chinese and good times. I’m looking forward to their CD release party at 2 Kolegas on September 2. 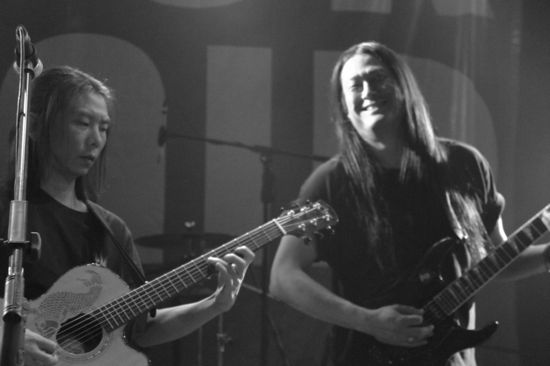 finally, it was time for Chun Qiu! The band looked ready to rock and by golly they did! There were a few surprises on this one with the return of their Keyboard player who hasn’t been with them for a long time. Another surprise was that Yang Meng was sporting an acoustic guitar for this electric performance. Let me tell you folks, this was actually one of the better ones I’ve seen in a long time! The keyboards just fit right into their songs and having the acoustic guitar added extra depth to the whole thing. The song “murder room” is the one that seemed to benefit the most from it. The band looked like they were having loads of fun on stage!Even though the audience was small, they made it feel like it was a sold out house singing along to almost each song and having a small moshpit.

Overall, despite the low attendance, the show was a good one! I just wish more people were there because playing Tango to less than 100 people is not the greatest thing in the world.
on another note, call me a Chun Qiu fan boy all you want but can someone lock those 4 or 5 guys in a room for a week and force them to write new material? They’re tooooo fucking good as a unit not release another record!