I’ve had this one pencilled in for a while now, ever since i got my hands on the double LP with Fanzui Xiangfa and SS20. Hardcore is not my preferred go-to kinda music but when it’s well done, it is definitely worth a listen. That holds especially true for old school hardcore a-la Black Flag. The bill was an interesting lineup with SS20, Unregenerate Blood along with pseudo-punks, Rui Wang Fen… 2 out of 3 ain’t bad as they say! 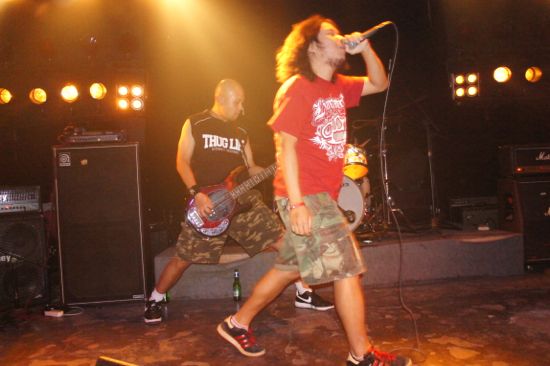 We got there with J-Curls and the Fengman just in time to catch the last few songs from Unregenerate Blood who are proving to be one of the better and most interesting new bands on the scene. That is if you can still call them new considering they’ve been around since 2005 and can’t seem to get a break! They’re extremely solid in all phases of the game with frontman Li You stalking around the stage in an imaginary moshpit. I stood right next to him when Biohazard was playing intercity music festival.. he ain’t no poser! I love these kids and their genuine playing… it’s heavy, sharp, edgy and honest… that’s how i like my hardcore. 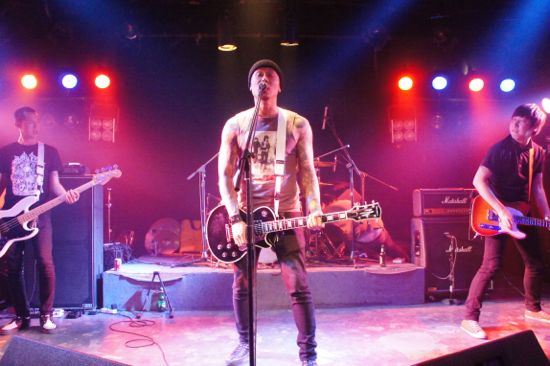 Rui Wang Fen just didn’t do it for me.. come to think of it, neither J-curls nor the Feng-man seemed overly impressed by their performance. It as bland, uninspired, popish punk that is so freaking recyclable it’s not even funny. The crowd seemed to like and love them… I’m still wondering why! I’ll gladly skip on them anytime.. not my kinda crap 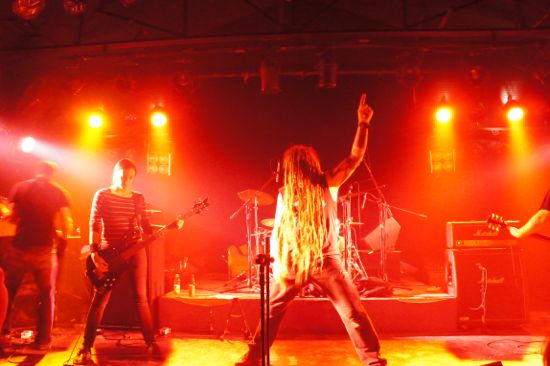 Finally, SS20 came on and just unleashed a storm on the small crowd of the night! The band was closing their China tour (more coverage on that later) with Beijing as the last stop… despite the small turnout, I can honestly they gave it their all. Singer Rohnny was just a beast on stage and definitely did almost enough to make up for the rest of the band’s lack of showmanship. I don’t fault them musically and they were freaking amazing with covers and originals but it would have been great to see the rest of the band also projecting some energy. I love their Sabbath and Black Flag covers but my favorite song was definitely their tribute to the fallen friends which I believe was called R.I.P
Now, one thing i gotta mention is that they might be labelled as hardcore but they were not… SS20 played GOOOOD HEAVY FIERCE FAST music that threaded somewhere between Metal and punk without being either…. I enjoyed them and really hope to see/hear them again soon.

Overall a great night with fun times… I wish more people were there but on a sunday night at Mao, it wasn’t close at all… Still, the bands played it out and made a bunch more fans… I’m gonna be talking about these guys again because i really like how they’re doing things.