it’s friday already.. my oh my! time been flying folks.
what’s in store for the next 3 nights? 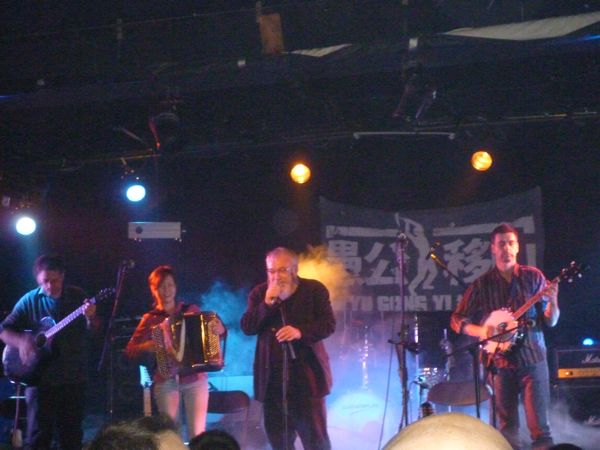 Top Floor Circus & Wu Tiao Ren @ Moma
As a mentioned in the news earlier, this is one hell of a gig. TFC are an amazing live act and WTR’s reputation precedes them. THey released a pretty decent album earlier this year and are doing the rounds. Did I mention that I’m pleasantly surprised at th efforts of MOma in putting together this series of gigs?

Perpetual Motion Machine @ Blue Stream
The band is headed to the west side of gulou for a preview of their new album. I really dig the direction, professionalism and attitude that these kids are displaying. They’re talented, play a mean prog rock and have the marketing smarts.. Ruby might also argue that they got the looks…

Lao Wu & Acid Live @ Temple
Wu Ning ye (buyi) and Acid Live pair up for a fusion of sounds from electronic, jazz and folk at Temple. It might be a nice opportunity to check out something different and see lao Wu away from Buyi.. he plays a mean guitar, got a gritty sound and I hear the rest of the crew know what they’re doing as well.

Slap @ Yugong Yishan
You think you speak chinese and understand the puns? go catch slap and see if you can make sense of what they sing. poetic sarcastic lyrics have never sounded this good or witty in the mainland.

Blackwater @ VA
what? VA? wasn’t this name barred from the blog? I hear they got their act straight and improved the attitude. THey’ve also apparently lowered the drink prices. I haven’t seen Blackwater play in forever and could use me a little Whiskey in the Jar or some of good ol’ Des’ humour.

Chinese Grunge @ Mao
another themed edition at Mao Live bringing together the other type of noisemakers: the grunge boys… Drunkard, Crappy Tobacco, Speed Limit 80 and Mud & Lotus will be doing their best Cobain impersonation in the Mao pit for you. I’ve only seen Mud & Lotus before and they were definitely not bad. Curious to see what remains of Grunge in this city because other than Nucleus, I’ve rarely been impressed.