Man… as much as it was easy to pick gigs the last two weeks (yeah, i’m a 2K homer), there’s a virtual avalanche of shows planned for the next few days with a whole bunch of standouts and even a few dark horses.
The good folks from LBM are getting their feet wet with a first gig at School and it might be one of the last opportunities to catch the Diders. Horse Radio gets in the action at BSB…. plenty of goodies folks, just get out there and rock, groove, dance etc.. 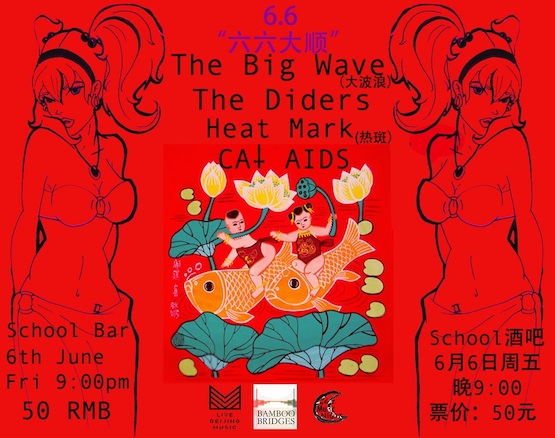 Live Beijing Music Night @ School
Will, head brain behind Live Beijing Music, throws their first-ever show featuring a night of up-and-coming Beijing-based bands including The Big Wave, The Diders, Heat Mark and Cat AIDS. Go on out there and support a guy who’s really having fun in the crowds.

OOC @ Blue Stream
Last time i caught these cats unplugged at Jianghu, i had one hell of a good time. They know how to tone it down and create an intimate bluesy atmosphere. The kinda performance that fits perfectly well with Blue Stream’s layout.

Mushroom Festival – Day 1@ Yugong Yishan
The owner of Rockland record shop and 69 Cafe, kicks of tonight with a mix of local and imported artists. Headlining are Beijing’s own Lone, fronted by former Joyside instigator Bian Yuan, and Chui Wan, who play experimental psych. They are supported by The Harridans (’70s-style psych rock), Fusha (world/folk) and Tree (indie rock from Hangzhou). 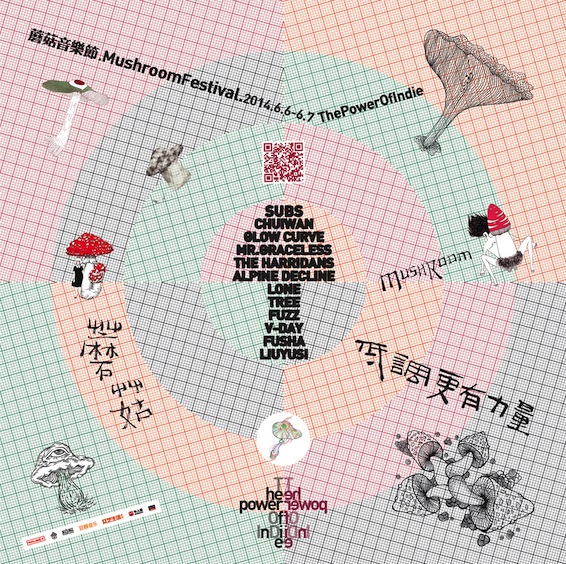 Bad Education, Vol 2 @ School
Beijing rap-rock outfit CMCB headline this night of rock ‘n’ roll chaos, which also features electro garage from Steely Heart, punk from Dr Liu & the Human Centipede and d-beat from Nubeer. School is sure to be packed for this one as CMCB is used to festival stages more so than little dives these days.

Horse Radio @ Blue Stream
wow.. 2 appearances for Blue Stream in the Quickslants. That’s a rare occurrence! Horse Radio rocked 2 encores at the Hanggai Music Festival and they are pretty darn deserving of that. They’re like the bastard child of Hanggai and Ajinai: Somewhere in the middle

Bedstars @ School
Raw and raucous rock music from punk sympathizers Bedstars, Luvplastic and Guiguisuisui (with a possible appearance by garage rock duo Lowbow). If you haven’t seen Bedstars lately, i highly recommend it. I was blown away by the difference from a few years back and how they’ve grown.