2 Kolegas Anniversary: They came, partied and celebrated til the un came up

oh boy… where to start? As far as parties go, the best ones this year have been at 2 kolegas (see new year bash)! Those guys just know how to throw down the fun times and get a party started. Last year was memorable, this year was even bigger! How did it all go down? 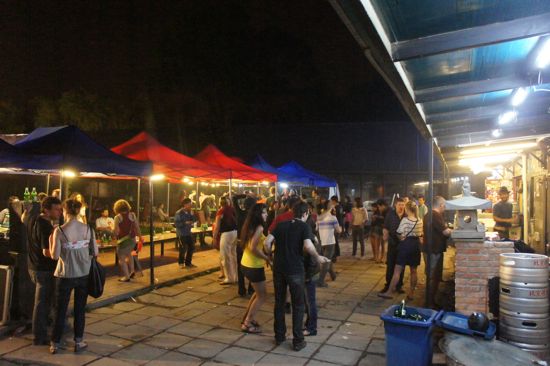 Day 1: For the true believers:

Is there a better way to close out the work that heading to the drive-in for a good time with good friends? maybe.. but not that many of them! Day 1 of the celebration started off a bit slow this year with people slowly dragging their feet over. by 10 pm, only about 100 pundits had made it prompting some worried looks and comments from the staff and crew. Where was everybody?

People started trickling in as last minute addition, Le Fant, was getting started. The band, hailing from Norway, played palatable indie pop. I stayed in for a few songs and moved back outside where it wasn’t so hot. They were talented musicians with good voice and arrangements but i didn’t really care much for them.

Skarving, Beijing’s SKA outfit, took over afterwards for their brand of fun music. These kids have been steadily improving over the past year and they’re developing quite a following. Unfortunately, I didn’t get to see much of their show on account of catching up with a whole bunch of people that showed up for the festivities. 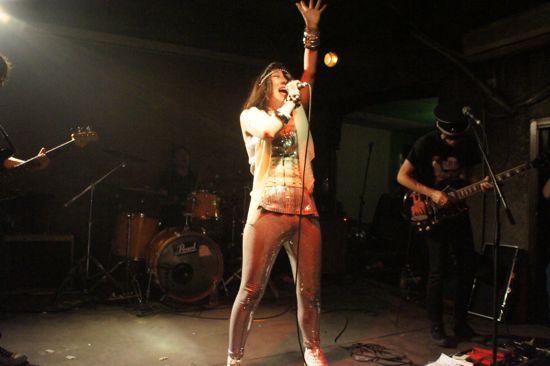 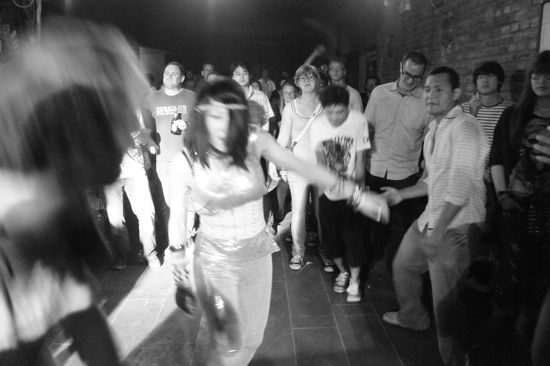 SUBS were next and that is when my fun really started. My mission for the evening was to enjoy their show of course but also to try and capture Kang Mao’s raw energy on a camera… not the easiest goal in the world. The Queen of F–king Everything is a dynamo that just has no off switch on stage. The performance was raw, powerful, in your face and on the spot. I still think Mao Live is the best venue for them in Beijing but 2 Kolegas is becoming a close second. Halfway through the show, Kang MAo threw away the mic and jumped in the middle of the crowd for an old fashioned POGO with the audience. You should have heard the place erupt.. Amazing.

Wu & The Side Effects had the un-enviable task of following up that performance, no easy feat is you ask me. The band was pretty happy about being slotted in the middle for a change, as opposed to playing the tail end of the evening like they always do. People danced and those that could sang along…Usual catalog of blues songs! I think they might have reworked “last train” to fit Steno more..

Finally, BUYI came on! They put on their usual set, albeit a little shortened. A few cool songs, a lot of dancing and pretty routine i would say but then again, they do what they do and they’re good at it. Nice rock inspired from the Ningxia plains, a few sing alongs, some smiles.. classic BUYI! did I mention I’m really digging Li Na being back? While some people left after that, the party didn’t stop courtesy of DJ Carlo. Punk, rock, and old fashioned tunes kept people dancing outside way past when the sun came up. I was fun being with friends and regulars who all turned up to pay tribute. I’d venture to guess that all and all, a good 300 people showed up that night at least. In passing, I gotta give the staff props for being extremely well organized this year: Beer sales were moved to one side of the grass and cocktails were handled at the bar. There was also buckets of Mojito ready to go for 40RMB/glass… While it might have been inconvenient for some, the small wait times and quick service more than made up for it. That’s a huge improvement from last year!

Yours truly turned in the white flag at 7:00 a.m, tired pumped up from a great night….