here’s a toast to post titles that don’t mean jack shit.. because that’s really the case here. I couldn’t think of anything better that would encompass all the musical goodness that lies ahead over the next 5 days or so… yeah, this is a long edition of the quickslants due to a busy weekday set of great shows.. let’s kick it!

Whai @ 2 Kolegas
The ever evolving WHAI is turning 1… man the band has changed so much since i first spotted them. The sound is more complex, they have added a DJ and are now internationally travelled: they just came back from playing a festival in Korea. I still can’t quite define what they play other than experimental progressive folk fusion.. how is that for a mouthful? The lads have pushed hard on this gig and the weibo promotions are through the roof. I expect a lot of fun, drinking and playing around.

Tuleger @ Jianghu
Gangzi has changed his stage name to Tuleger, but his Inner Mongolian stylings are still the same. Tonight, he’s letting loose a new release: “I Am Mongol”… i haven’t had a chance to listen to the new record yet but I have no reason to think it won’t be good. He’s slowly but steadily following in the footsteps of Hanggai and Ajinai while retaining his own style.

hardest night for me to pick a gig.. really! so much good stuff out there:

Rolling Stones Tribute @ Mako
Devils at the Crossroad, Randy Abel Stable, Power Powder, Los Crasher and Bedstars get together to cover 50 years of the Rolling Stones. Last time one of these gigs took place, OOC blew me away and i’d be curious to see if any of these bands can do the same. I know what they sound like and id love to see them do their own spin on Stones song that’s different from the usual fare. 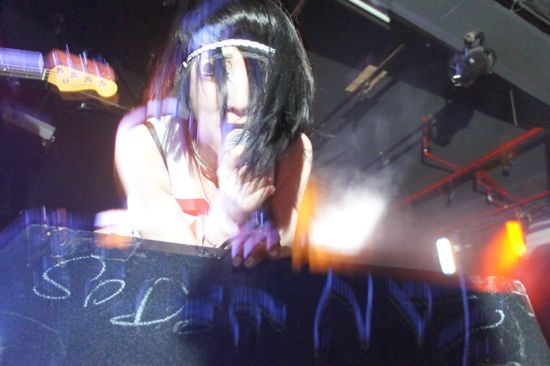 HalloQueen @ 2 Kolegas
Subs, Wu & The Side Effects, Candy Monster and Steely Heart stop by the drive in to deliver some high octane rock n roll and help you get your freak on.. I haven’t seen SUBS play since that gig at the TBJ music showcase and i’m curious to hear changes from playing as a 3 piece. And to be honest, I just wanna be there front row watching Kang Mao do what she does best.

Ember Swift @ Jianghu
My favorite Rock n Roll mama is back in action and hitting jianghu… anytime she comes out, she’s sure to dazzle and i’ve seen it happen many times over. I’m not actually positive as to whether she’s palying solo or has the band backing her. it doesn’t matter, she’ll get you under that spell

The Beatles @ Temple
anytime they hit Gulou, The Beijing Beatles throw a rowdy sweaty party like no one else. Seriously, they’re the reigning heavy hitters in that bar and that’s for a good reason. expect old favorites, costumes changes, tons of alcohol and just a shitload of good times.

Yunggiema @ Blue Stream
The HImalayan Fairy descends upon blue stream.. if you haven’t heard her yet, you’re missing out big time! I love love love love her voice and her aura onstage. There’s something hypnotic about it all and it grabs me under such a spell every time. Song Yuzhe will be on backup as usual… folks, this is a seriously good gig in an intimate venue.

Folk Extravaganza @ 2 Kolegas
i can probably already say that this is a candidate for show of the year. Look at this lineup and is say it all: Buyi, Zhao Laoda, Dongzi, Li Dong, Wang Juan, Tuleger, Liu 2, Wu Tun. Do I really need to say more? if i do, you’re a new comer to the blog and to Beijing, so do yourself a favor and head to 2K

Urna & Her Friends @ Yugong Yishan
I’ve spotted this gig months ago and i’ve been so looking forward to it. I just wish it was on a freaking different night… The best Mongolian Vocalist Urna Charhar – Tugchi + Iranian national treasure – Zarb master Djamchid Chemirani + The most important Hungarian violinist Zoltan Lantos….
damn it! Urna’s music simultaneously draws on her roots, and her global perspective. It evokes the sweeping grassland panoramas of Inner Mongolia, and the combined heritage of myriad musical traditions… by all accounts, this one will be magical too. choices choices

Namo @ Jianghu
plenty of halloween shows going around but really, what says bring your freak on better than someone telling you “i’m your king kong”? The band has been touring for a while and they’re one hell of a good time, halloween or not.