it might not seem like it but there is actually an interesting weekend coming up folks. I’ll keep it short and sweet for you all: 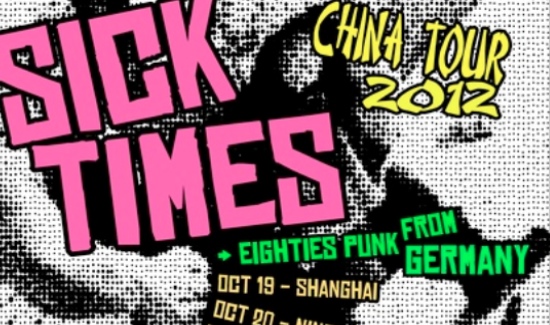 AIS @ Yugong Yishan
The Amazing Insurance Salesmen are back at it with what’s becoming a monthly occurrence… i did this new rhythm of playing less shows and making their brand more special.. now let’s get some new songs in a CD and I’ll be a happy fan. Me Too are on opening duties.

Buyi @ Jianghu
The Ningxia quatuor heads over to Jianghu for one of their sit down performances. I saw them earlier this week at 2 Kolegas and they’re sounding a bit heavier than usual.. can’t say that’s a bad thing in my book.

Trash till Death @ Club 13
out of the blue, CLub 13 reminds us that they’re still around with an interesting lineup going all day from 2 p.m. until midnight. The festivities are split into two parts. Part I: Putsch, Hellfire, Nine Treasures, Never Before, The Metaphor. Part II (8:30): Tractor, Los Crasher, Tengger Cavalry, Hellward, Explosicum. That is definitely a lot of bang for your buck

Jacky Danny @ Hot Cat
this might be one of those shows where the sound system at Hot Cat can be overlooked. Jacky Danny played their hearts out last week at Temple and i only heard good things about Executant of the Sword, the opening act. I wonder if Ricky Sixx is still on bass duties.

Casino Demon @ Zajia
something has been brewing for a while at the Zajia Labs even though i don’t mention them often enough. They got Casino Demon on the bill saturday playing unplugged punk. That could be an interesting one to check out: either it’s gonna rock or be a giant car crash.

Sick Times @ Temple
Ze Zermans are in town and they’re fixing to rock your socks off… actually, they’re fixing to inject you with a good dose of hardcore.I’ve heard a lot of good things about Sick Times from their SS20 cohorts and Gumbleed, whom i haven’t seen/heard in a while are handling the opening duties. It’s a heavy weekend out there. btw, be ready for it… they have one mean ass bass sound